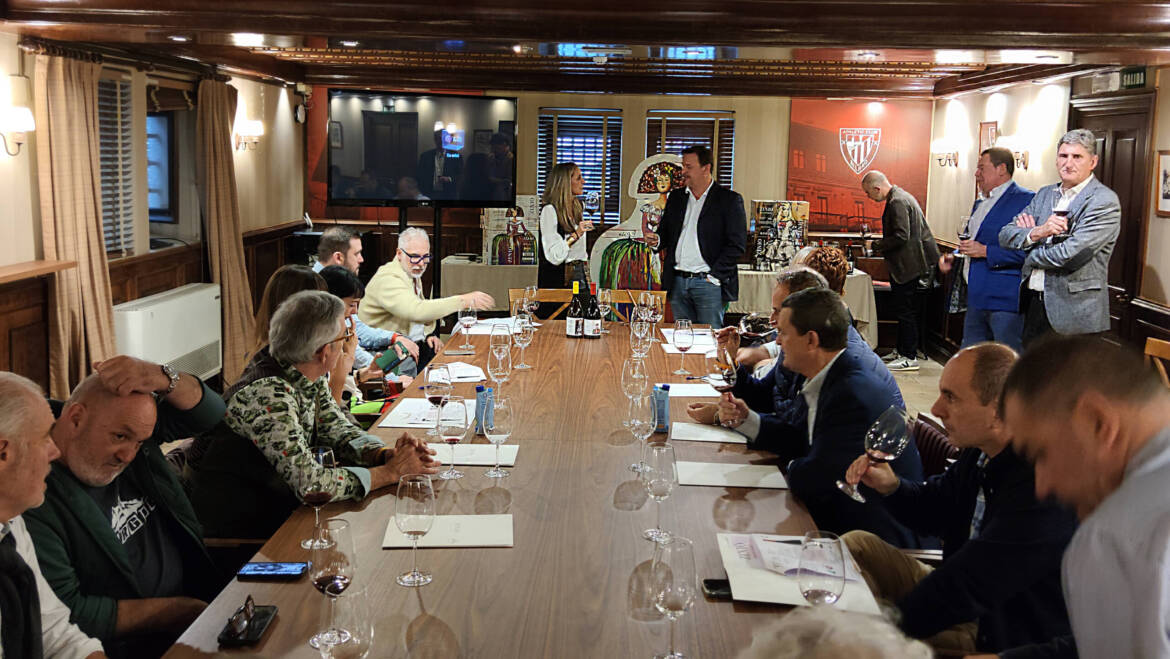 Last Monday, November 7, ZINIO Bodegas presented its new range of Street Art Collection wines in Bilbao, specifically at the Ibaigane Palace, the headquarters of the Athletic Club of Bilbao. A red and a white, inspiring the social and artistic movement of Las Meninas from the Canido neighborhood of Ferrol.

Fernando Villamor, manager of the winery, was in charge of introducing the event and presenting the ZINIO Bodegas project, a Rioja Alta cooperative made up of more than 200 families and a total of 450 ha. With a presence in 34 countries on 5 continents, the winery seeks to promote a sustainable viticulture model and generate value for society and the families that are part of the company. Villamor attended accompanied by Ricardo Leza and Pedro María Angulo, president and vice president of the cooperative. 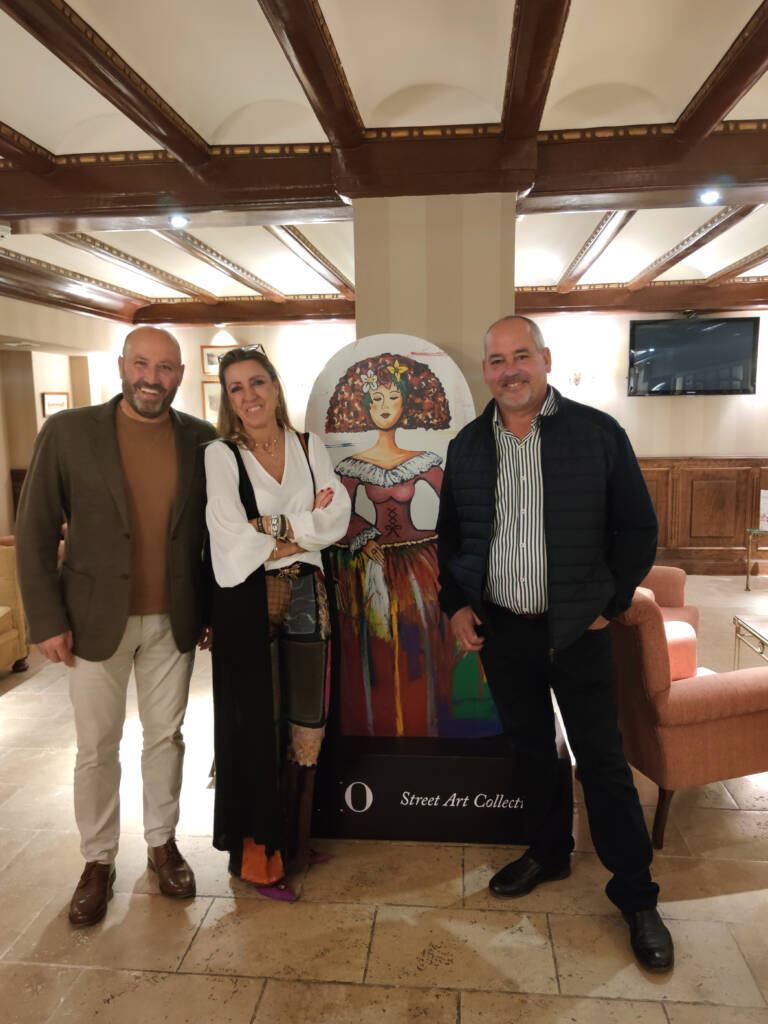 María Martínez, ZINIO oenologist, and Norrel Robertson, Scottish oenologist and Master of Wine, were in charge of presenting the two wines in the range as their creators.

Street Art Collection began with a very particular red for which the best grapes were selected, those destined to make crianza wines, only on this occasion they did not go through oak. “Worked with Tempranillo and Graciano grapes, we were looking for the maximum expression of both varieties, without the oak masking the flavor of the fruit,” explained María Martínez. Thus creating a product that is halfway between a young wine and a crianza, but without going through wood.

The new addition to this range has been a white, matured under the action of different bocoyes (large barrels, approximately 600 liters) of different types of wood, French, American and acacia. Its aging in wood has elegantly respected the base wine, and the wine and wood reaction has given it fullness and structure in the mouth. In short, they have given it character, respecting the fruit and giving it a medium body. 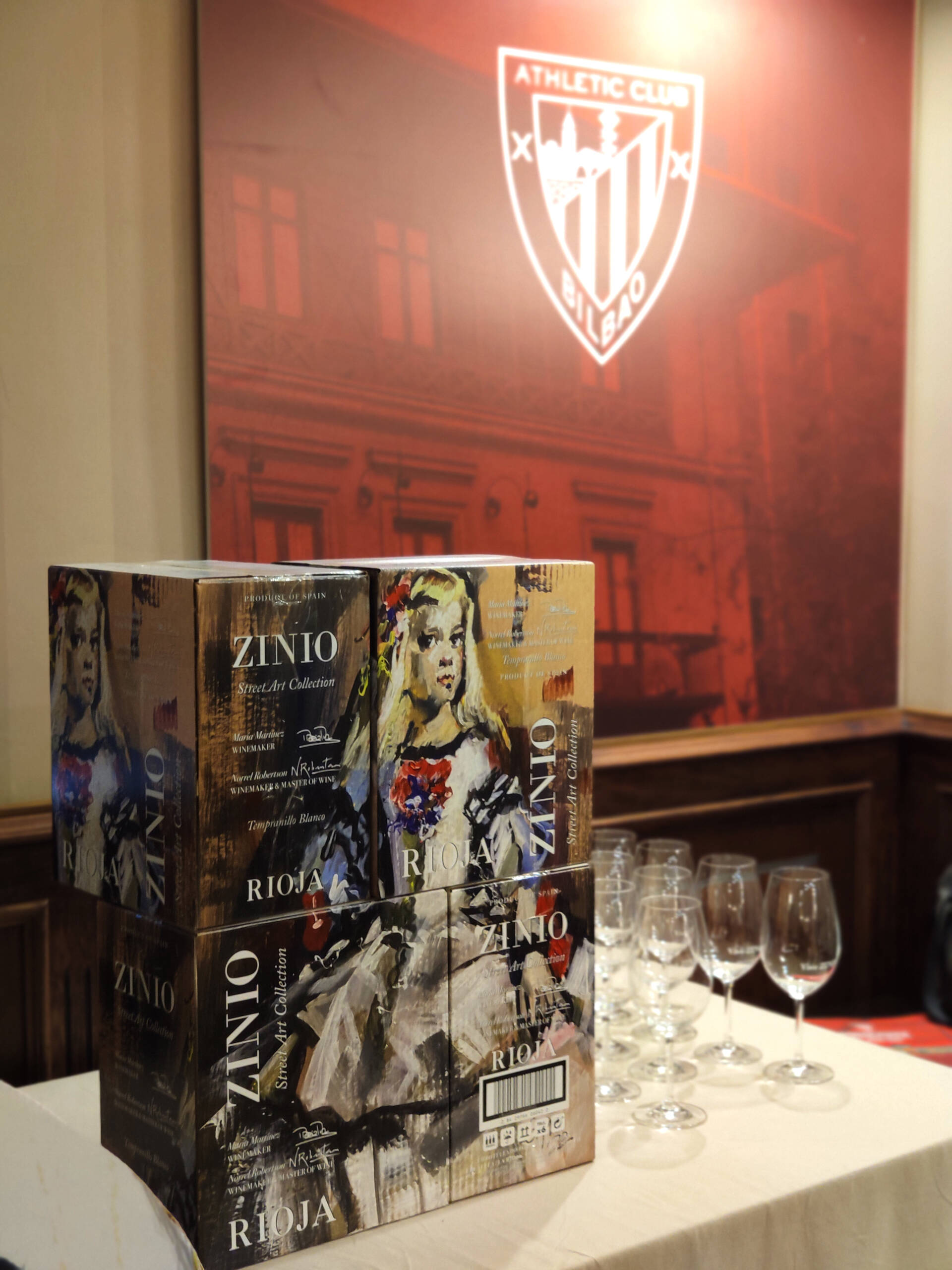 The event ended with a tasting of both wines by the attendees, among whom were some distributors, restaurant and hotel managers, the media, representatives of the Athletic Club of Bilbao or familiar faces such as the mountaineer Juanito Oiarzabal.

The artist Eduardo Hermida used the walls of the Canido neighborhood of Ferrol as a canvas for his project, with the aim of revitalizing an area that exuded abandonment and neglect. The inspiration was Las Meninas by Velázquez, which from his initiative flooded the streets of the Ferrol neighborhood. All of them created by different artists who have wanted to collaborate with the project and join this initiative.

Inspired by that same movement, ZINIO Bodegas used for the label of the first wine in the collection the painting of one of those artists, Eva Garrido, nurse and art lover, who was at the foot of the canyon in the difficult moments that hospitals went through during the pandemic. The objective is none other than to make new artists known and, in addition, allocate part of the profits obtained from the sale of the Street Art Collection to rehabilitate the facades of Uruñuela, a small town in La Rioja where the winery is located.

And now that you know more about the new products, would you like to try these new, very special wines from the Street Art Collection? Enter our website to get hold of them, we await your comments on social networks or at the bottom of this article.

You can find out more about which cookies we are using or switch them off in settings.

Use: Ideal for presentations and conferences.

Use: Perfect for small business meetings and meetings in which you need to connect via video call.

This website uses cookies so that we can provide you with the best user experience possible. Cookie information is stored in your browser and performs functions such as recognising you when you return to our website and helping our team to understand which sections of the website you find most interesting and useful.

Strictly Necessary Cookie should be enabled at all times so that we can save your preferences for cookie settings.

If you disable this cookie, we will not be able to save your preferences. This means that every time you visit this website you will need to enable or disable cookies again.

This website uses Google Analytics to collect anonymous information such as the number of visitors to the site, and the most popular pages.

Please enable Strictly Necessary Cookies first so that we can save your preferences!